From a yet unknown source: 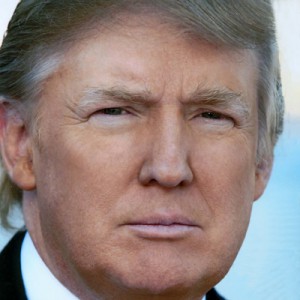 The dogs of hell have been unleashed on Donald Trump.  For him or against him, this is an interesting read… It’s going to be an exciting year with Donald in the race…

It’s about the unholy dynamics between big government, big business and big media. They all benefit by the billions of dollars from this partnership, and it’s in all of their interests to protect one another.  It’s one for all and all for one.  It’s a heck of a filthy relationship that makes everyone filthy rich — everyone except the American people.  We get ripped off. We’re the patsies.

But for once, the powerful socialist cabal and the corrupt crony capitalists are scared.  I’ve never seen them this outraged, this vicious, this motivated or this coordinated.  Never in all my years in politics have I seen anything like the way the mad dogs of hell have been unleashed on Donald Trump.  The over-the-top reaction to Trump by politicians of both parties, the media and the biggest corporations of America has been so swift and insanely angry that it suggests they are all threatened and frightened like never before.

Donald Trump can self-fund that amount tomorrow and still have another billion left over to pour into the last two-week stretch run before Election Day.  No matter how much they say to the contrary, the media, business and political elite understand that Trump is no joke.  He could actually win and upset their nice cozy apple cart. It’s no coincidence that everyone has gotten together to destroy “The Donald”.  It’s because most of the other politicians are part of the “old boys club”.  They talk big, but in the end they won’t change a thing.  They are all beholden to big-money donors. They are all owned by lobbyists, unions, lawyers, gigantic environmental organizations and multinational corporations like Big Pharma or Big Oil.  Or they are owned lock, stock and barrel by foreigners like George Soros owns Obama or foreign governments own Hillary with their Clinton Foundation donations.

These run-of-the-mill establishment politicians are all puppets owned by big money .  But there’s one man — and only one man — who isn’t beholden to anyone.  There’s one man who doesn’t need foreigners, or foreign governments, or George Soros, or the United Auto Workers, or the teachers union, or the Service Employees International Union, or the bar association to fund his campaign. Billionaire tycoon and maverick Donald Trump doesn’t need anyone’s help.  That means he doesn’t care what the media says.  He doesn’t care what the corporate elites think.  That makes him very dangerous to the entrenched interests.  That makes Trump a huge threat. Trump can ruin everything for the bribed politicians and their spoiled slave masters.

Don’t you ever wonder why the GOP has never tried to impeach Obama? Don’t you wonder why John Boehner and Mitch McConnell talk a big game, but never actually try to stop Obama?  Don’t you wonder why Congress holds the purse strings, yet has never tried to defund Obamacare or Obama’s clearly illegal executive action on amnesty for illegal aliens? Bizarre, right?  It defies logic, right?  First, I’d guess many key Republicans are being bribed.  Secondly, I believe many key Republicans are being blackmailed.  Whether they are having affairs, or secretly gay, or stealing taxpayer money, the National Security Agency knows everything.  Ask former House Speaker Dennis Hastert about that.  The government even knew he was withdrawing large sums of his own money from his own bank account.

Trust me: The NSA, the SEC, the IRS and all the other three-letter government agencies are watching every Republican political leader.  They know everything.  Thirdly , many Republicans are petrified of being called “racists.”  So they are scared to ever criticize Obama or call out his crimes, let alone demand his impeachment.  Fourth, why rock the boat? After defeat or retirement, if you’re a “good boy”, you’ve got a $5 million-per-year lobbying job waiting. The big-money interests have the system gamed.  Win or lose, they win.

But Trump doesn’t play by any of these rules.  Trump breaks up this nice, cozy relationship between big government, big media and big business.  All the rules are out the window if Trump wins the presidency.  The other politicians will protect Obama and his aides — but not Trump.  Remember:  Trump is the guy who publicly questioned Obama’s birth certificate.  He questioned Obama’s college records and how a mediocre student got into an Ivy League university.  Now, he’s doing something no Republican has the chutzpah to do.  He’s questioning our relationship with Mexico; questioning why the border is wide open; questioning why no wall has been built across the border; questioning if allowing millions of illegal aliens into America is in our best interests; questioning why so many illegal aliens commit violent crimes yet are not deported; and questioning why our trade deals with Mexico, Russia and China are so bad.

Trump will ask if Obamacare’s architects can be charged with fraud for selling it by lying.  Trump will investigate Obama’s widespread IRS conspiracy, not to mention Obama’s college records.  Trump will prosecute Clinton and Obama for fraud committed to cover up Benghazi before the election.  How about the fraud committed by employees of the Labor Department when they made up dramatic job numbers in the last jobs report before the 2012 election?

Obama, the multinational corporations and the media need to stop this.  They recognize this could get out of control .  If left unchecked telling the raw truth and asking questions everyone else is afraid to ask, Trump could wake a sleeping giant.  Trump’s election would be a nightmare.  Obama has committed many crimes.  No one else but Trump would dare to prosecute.  He will not hesitate.  Once Trump gets in and gets a look at “the cooked books” and Obama’s records, the game is over –  The gig is up – The goose is cooked.  Holder could wind up in prison. Jarrett could wind up in prison.  Obama bundler Corzine could wind up in prison for losing $1.5 billion of customer money.  Clinton could wind up in jail for deleting 32,000 emails, or for accepting bribes from foreign governments while secretary of state, or for “misplacing” $6 billion as the head of the State Department, or for lying about Benghazi.  The entire upper level management of the IRS could wind up in prison.  Obamacare will be defunded and dismantled.  The Obama crime family will be prosecuted for crimes against the American people.  And Obama himself could wind up ruined, his legacy in tatters.  Trump will investigate. Trump will prosecute.  Trump will go after everyone involved.  That’s why the dogs of hell have been unleashed on Donald Trump.

Yes, it’s become open season on Donald Trump.  The left and the right are determined to attack his policies, harm his businesses, and, if possible, even keep him out of the coming debates.  But they can’t silence him.   And they sure can’t intimidate him.  The more they try, the more the public will realize that he’s the one telling the truth.  And the left can’t stand that.