Madalyn Murray O’Hair on being an atheist 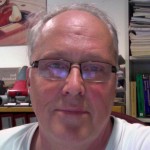 So I think the primarily one an atheist is, is a person who looks at an authoritarian idea or an authority structure and says to that authority structure: from whence do you derive your authority and why should I be obedient to you? It appears to me that if I have human intelligence that this is enough for me to try to challenge whatever you’re doing.”

LBRY Has Backed Up The ENTIRE Corbett Report GooTube Channel!